Podium for Billy at British F3 in Spa-Francorchamps

Billy Monger led the early stages of Race Three at Spa-Francorchamps, ultimately finishing 3rd at the end of race

Lundqvist passed early leader Billy Monger on lap two, and then led for the remainder of the race to stretch his championship lead once more. Pole sitter Tom Gamble claimed second ahead of Monger, who scooped his second podium of the year with third.

At the start, Gamble led away from pole, fending off a challenge from Lundqvist, while Monger also challenged. Exiting Eau Rouge and Raidillon, the top three were line abreast, with Monger pulling off a sensational three way overtake on the inside to lead the first lap.

The lead didn't last long though, with Lundqvist also moving past Gamble on lap one before passing Monger at Les Combes on lap two to claim the lead. Gamble also passed Monger for second on lap four and then set about closing down Lundqvist, who had built a comfortable 1.671s lead by the end of lap four.

The lead remained static for a couple of laps before Gamble reduced the margin to 1.191s starting the penultimate lap. Lundqvist's lead was down to under a second by the end of lap eight, and held onto take his sixth win of the year by 0.770s, and increase his championship margin to 120 points over Nicolai Kjaergaard, who failed to finish.

Behind the battle for the lead, Monger settled into third place comfortably clear of Manuel Maldonado who wasn't quite able to threaten despite running close by mid way through the race.

Billy Monger "Spa is one of those circuits where when you drive it for the first time you can’t actually believe you are driving it. It’s a circuit with great history and every driver wants to be on the podium here. I’d have liked to have won, especially after being in the lead on lap one. I had a good start, I got the tow up the hill and pulled up the inside of Tom and made the most of it. But then after that, not having the tow made us a sitting duck and I think if I’d just had that little bit more straight line speed to keep them off me on the Kemmel straight I really do think I could have held on through the infield for the win. So it’s a bit disappointing but I have to say a massive thanks to Carlin, they gave me a great car this weekend.

We could have been on pole in qualifying if it wasn’t for an overtake on my best lap. It’s just so tight in the field at the moment and I’m just really glad to get this podium for the boys in blue.

There’s a good friend of mine in the military who has been teaching me a few tricks, and drinking champagne out of a leg is one of them! I thought I haven’t been on the podium for so long that I needed to remind the boys that this is what it’s all about and I hope the boys in blue enjoyed it and they might have to drink out of my leg later on too!" 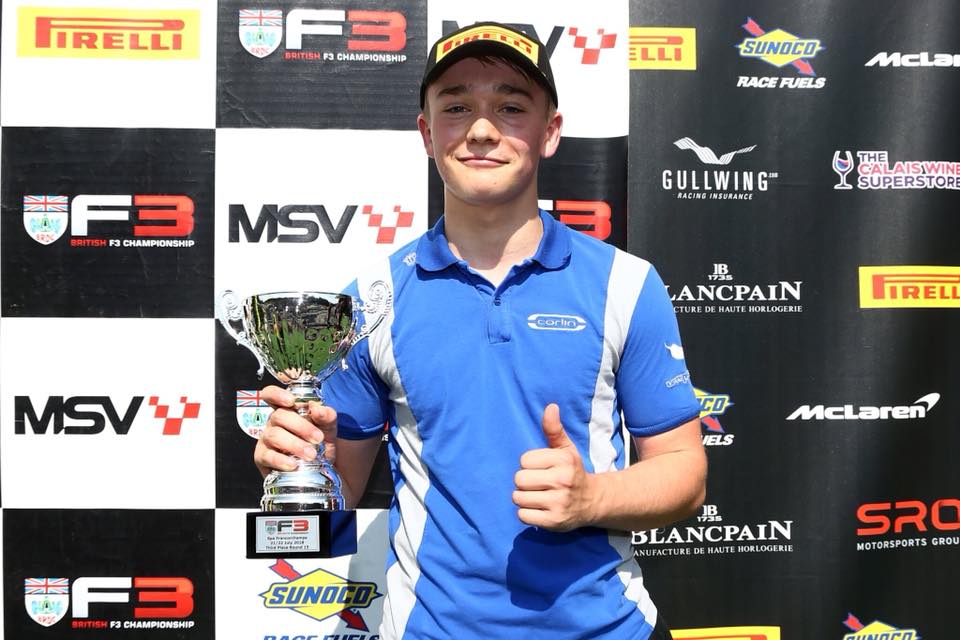 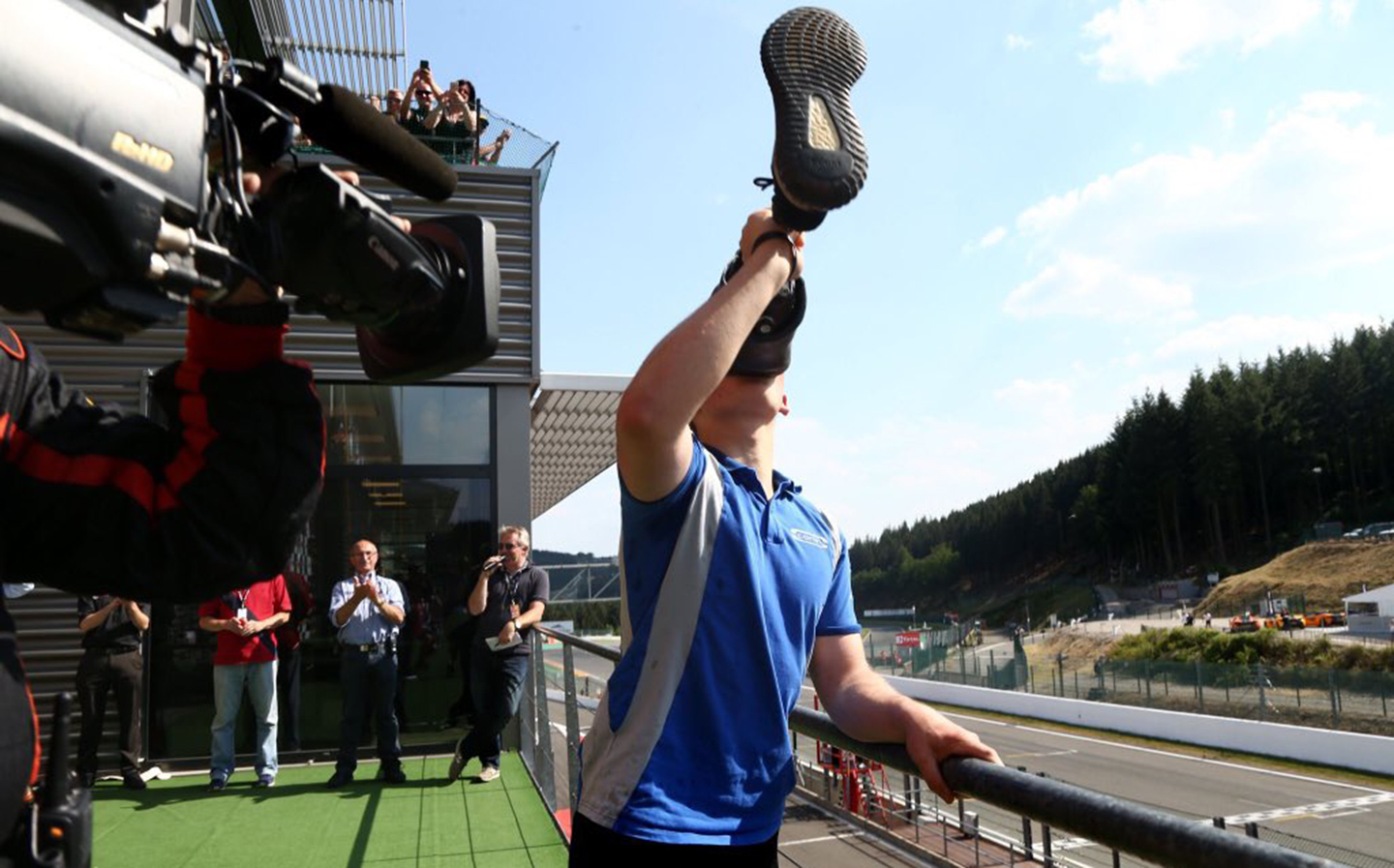