In doing so, the 19-year-old claimed £300 in prize money (£150 per pole), and is now a serious contender in the ultra tight battle for this year's Jack Cavill Pole Position Cup.

Monger's first two BRDC British F3 poles came firstly from his excellent qualifying performance on Saturday, where he set two times good enough for top spot, and then by setting the fastest lap in the opening two races, giving him a front row berth for the final race, which he converted into his third podium of the season.

The Carlin driver is now only one pole away from joint leaders Tom Gamble and Nicolai Kjaergaard, and should he take another double at Silverstone, he would claim the £1,000 prize for the driver with most poles this year and the 2018 Jack Cavill Pole Position Cup.

Monger will race at Donington for the first time this weekend since his horrific crash in a British Formula 4 race in April last year, which required both of his legs to be amputated.

The Carlin driver was near the top of the time sheets throughout the 20-minute qualifying session and secured pole for race one - which will take place later on Saturday - with just over a minute remaining.

Billy Monger "In all the dry testing we have done beforehand, the car has felt really good and we've just been quick from the start.
Donington Park is one of my favourite circuits and although it's weird coming back here with what happened I've always enjoyed the circuit.
I did two laps that were good enough for pole and I have to thank everyone from Carlin for the car.
We're quick in the wet or dry and I'm starting in the best place possible.The start is going to be important as following people around here can be difficult."

The 19-year-old has already claimed two podiums this season - at Oulton Park in his first race since his crash and at Spa Francorchamps in July - but has not yet won a race. 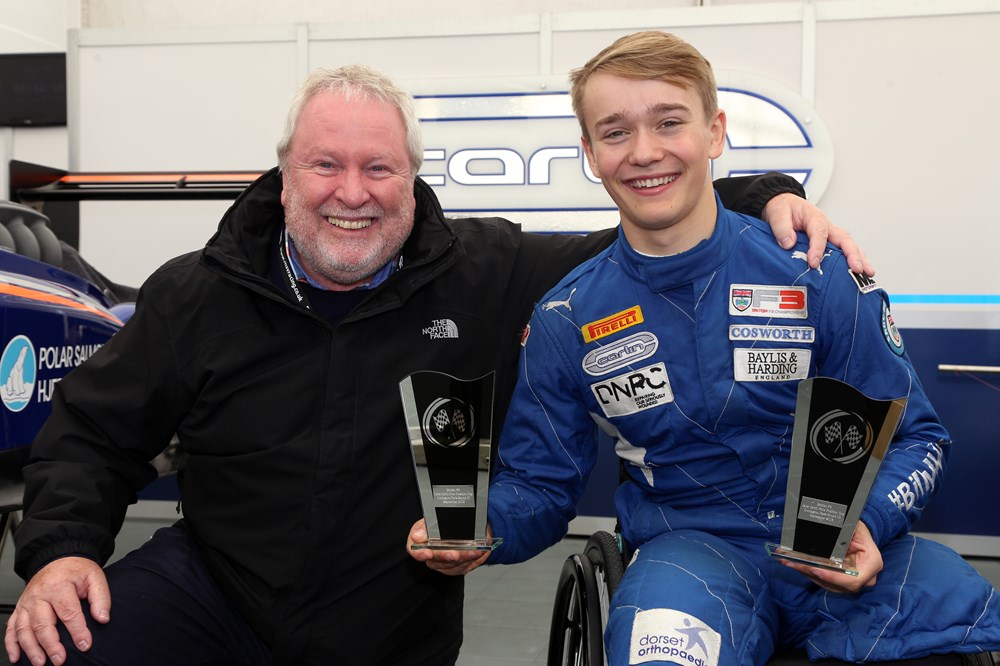 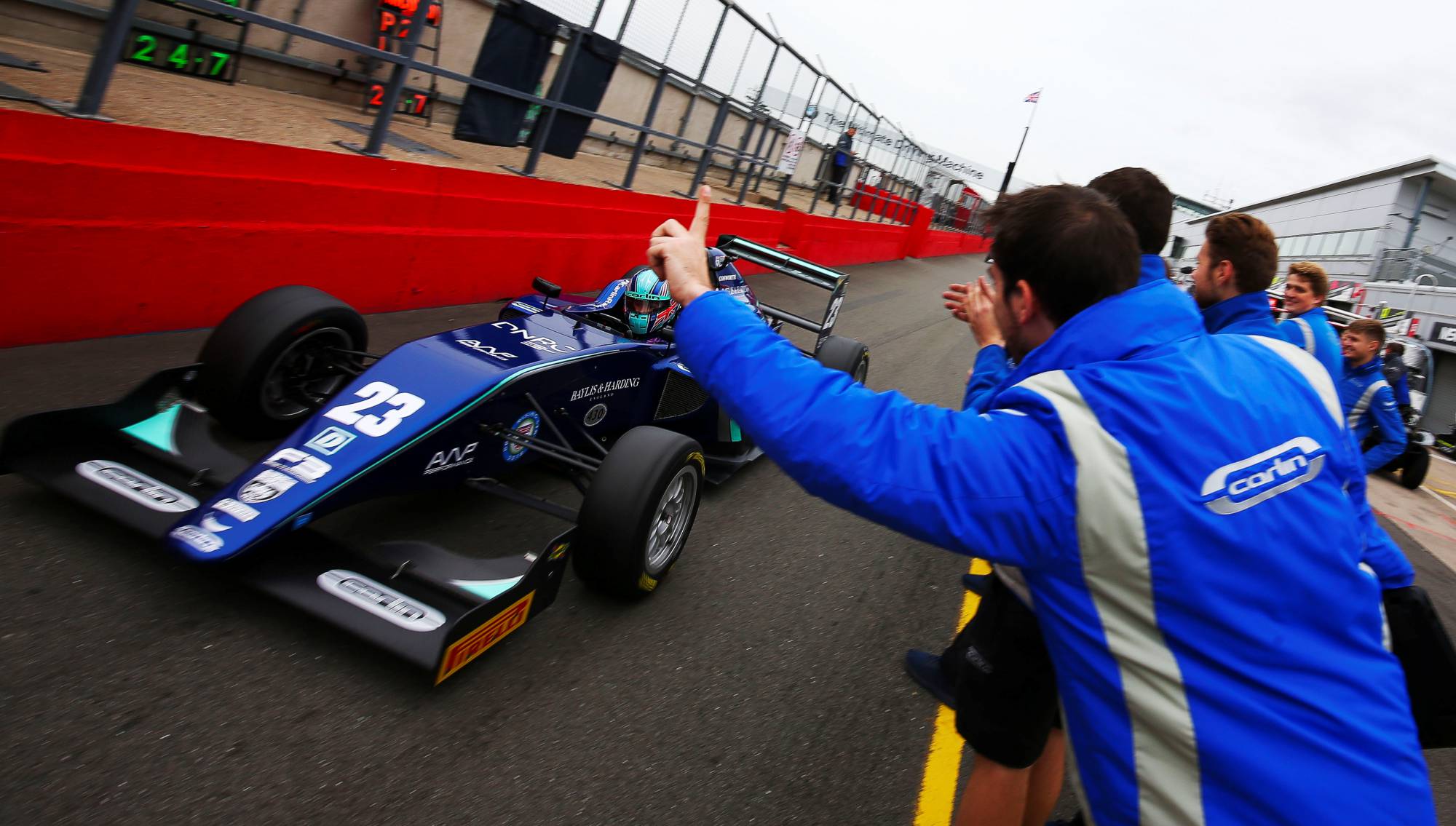