Carlin’s Billy Monger has sensationally topped off his incredible racing comeback with his maiden victory, which came this weekend in the Pau Grand Prix – part of the 2019 Euroformula Open Championship.

Monger, who bravely opted for wet tyres at the end of the formation lap, managed to keep his car on the road and overtake those ahead to eventually become the victor of the race. Teammate Nicolai Kjaergaard, who also pitted as the rest of the field started the race, blitzed his way up through the field and took second place making it a fantastic Carlin 1-2. Christian Hahn and Teppei Natori remained on their slick tyres, as did the majority of the field, however changing conditions forced them to pit; the pair still finished fifth and seventh respectively around the tricky street circuit.

From the word go the weekend looked to be a challenging one with rain disrupting much of the weekend’s proceedings. Two free practice sessions went relatively well for the team however it wasn’t until Saturday morning, and the first qualifying session, that the pieces began to slot together. Natori was an unfortunate casualty of this with him bouncing into the barriers and writing off his session. Ultimately, despite the hard work from the team, a mechanical issue meant the Honda-backed Japanese racer was unable to take the start of the first race later that day.

Meanwhile Kjaergaard and Hahn enjoyed a good session to start the race sixth and seventh but, as predicted, it was a tough race that afternoon; both drivers contacted the barriers/kerbs which took them out of the race. Monger was the only Carlin driver to finish and placed ninth, also claiming a spot on the rookie podium.

Ready to do it all over again the next day, qualifying was a more subdued affair for the team with all four drivers placing well ahead of the Pau Grand Prix. Hahn was the highest Carlin starter in fifth, with Natori in sixth despite his limited running; Monger and Kjaergaard lined up 11th and 14th.

However, after the three minute warning on the grid, the rain started to turn from small drops to a heavier downpour. Monger and Kjaergaard, who were already out of position, opted not to take the start of the race – pulling into the pit lane at the end of the formation lap for wet weather tyres. As the field pulled away on their slicks, the pair were right at the back of the field as they re-joined.

Soon enough the rain began to stop and the gap between slick tyres and wet tyres became blurred. The majority of the field remained on their slicks as the weather improved however it then started to rain heavier again and the entire field was forced to act. Hahn and Natori pitted but by this point Monger and Kjaergaard had already made their moves and were storming their way through the field.

Fighting well the pair were really taking advantage of the situation however the huge turning point came when the race leaders collided which gave Monger, who had amazingly made his way up to third by this point, the race lead. Kjaergaard was right up behind and the pair pulled a gap over third-placed Yuki Tsunoda.

Unable to be matched, the Carlin duo impressively took a 1-2 in the race with Monger claiming Pau GP victory and his first victory since returning from his horrific accident, just over two years ago, in which he lost both of his legs.

Billy Monger  “I can’t believe it. After qualifying 11th, even though we had more potential, I thought we’d be stuck in the mid-pack. I knew it was too wet on the green flag lap and made the gamble for wets. From that point tried to pick them off one by one.
I’ve just got to thank Carlin for everything. Two years ago I didn’t think I’d be winning races, I’m just over the moon with this victory.”

The Euroformula Open team will be back out on track this weekend as the third round of the season takes place at the Hockenheimring. 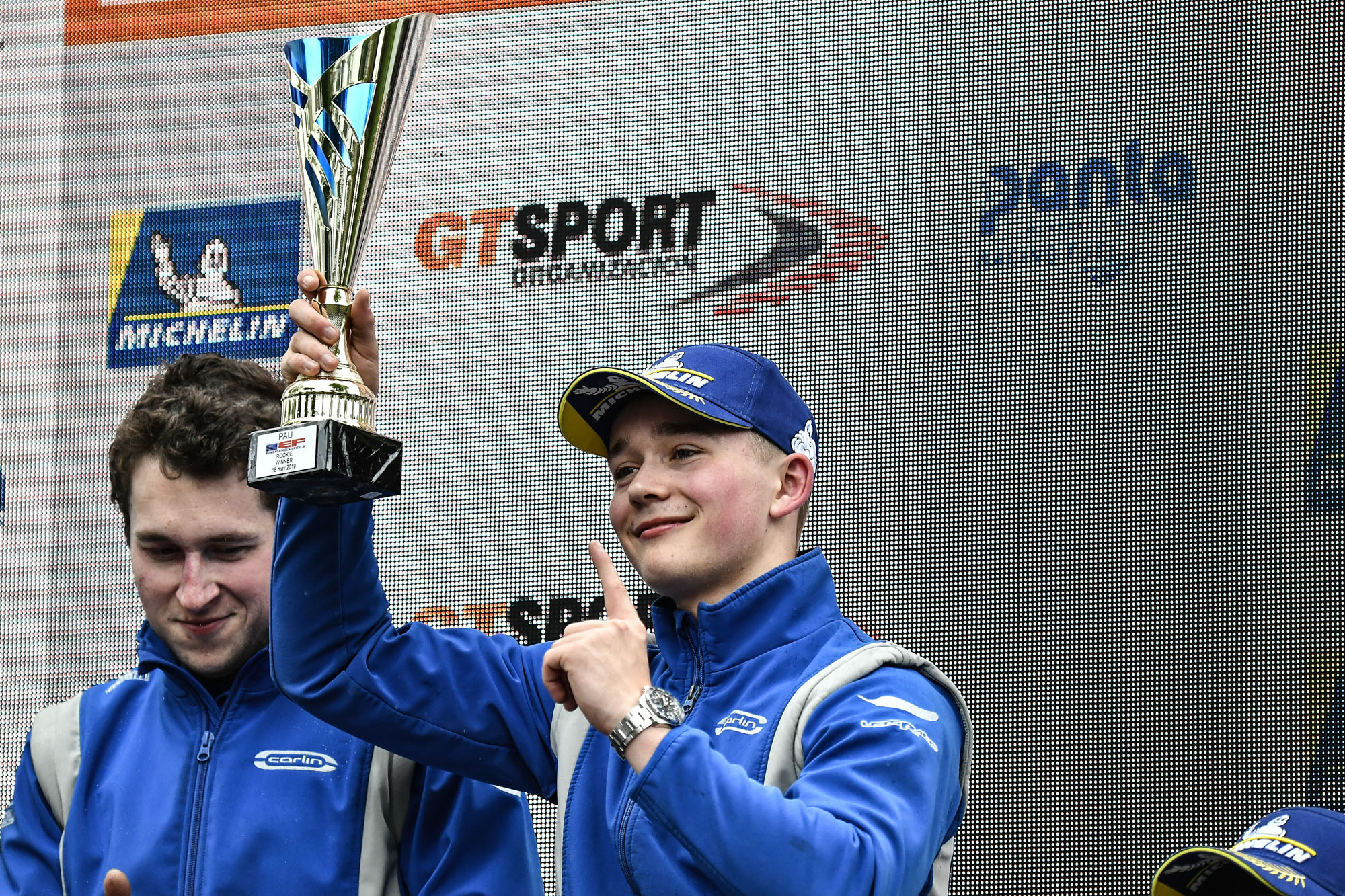 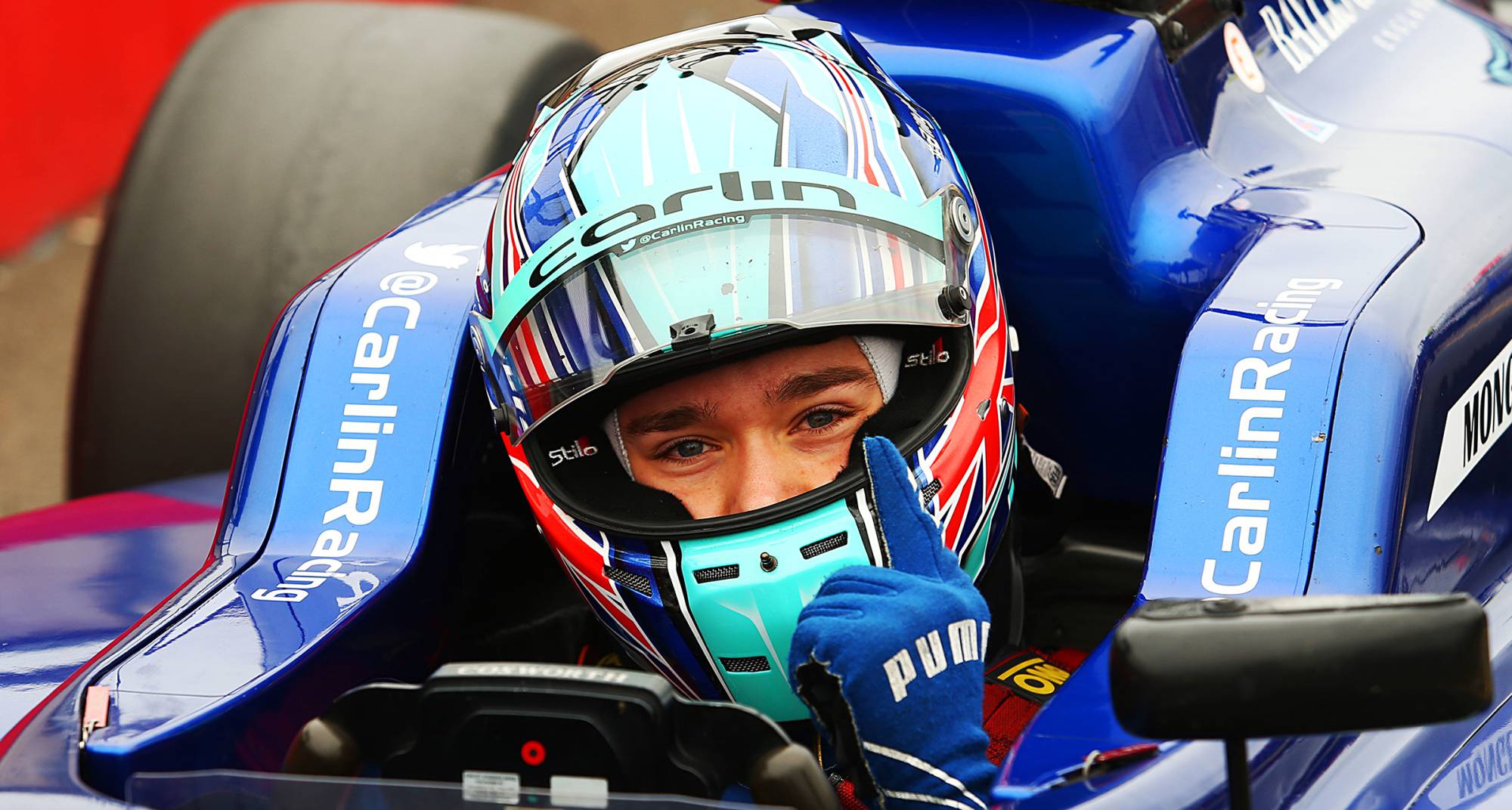 Billy Monger will make the move to EuroFormula Open this weekend as he contests the Winter Series in Paul Ricard.