On the 8th December 2017, Billy Monger attended one of the most prestigious events in the international motorsport calendar, the FIA prize giving.

Monger started the day with a long train ride to Paris, the home of the FIA. He attended an important meeting with a board of professionals to discuss his 2018 plans along with matters of safety and the rulings. Previously there had been a ruling in place that stated no driver with a disability was allowed to compete in a single seater championship. After discussions between many people, the ruling was drawn from the rule book, resulting in the possibility that Billy Monger could continue on his path through the single seater ladder.

In the evening, Billy attended the awards that took place at the world famous Château de Versailles, just outside of Paris. Taking to the stage, using crutches and his prosthetic legs; which he was only given a day earlier, Monger was given a standing ovation by the audience as he accepted the President's Award from Jean Todt.

Billy Monger" It was nice to catch up with Lewis after seeing him at the British Grand Prix earlier in the year, he made a lot of time for me that weekend even though he was busy.
In a more relaxed environment I had a chance to talk to Lewis about my rehabilitation and plans for 2018.
‍
It was an honour to attend the awards and to meet Jean Todt. I was delighted with their decision that has now given me the opportunity to explore the single seater route." 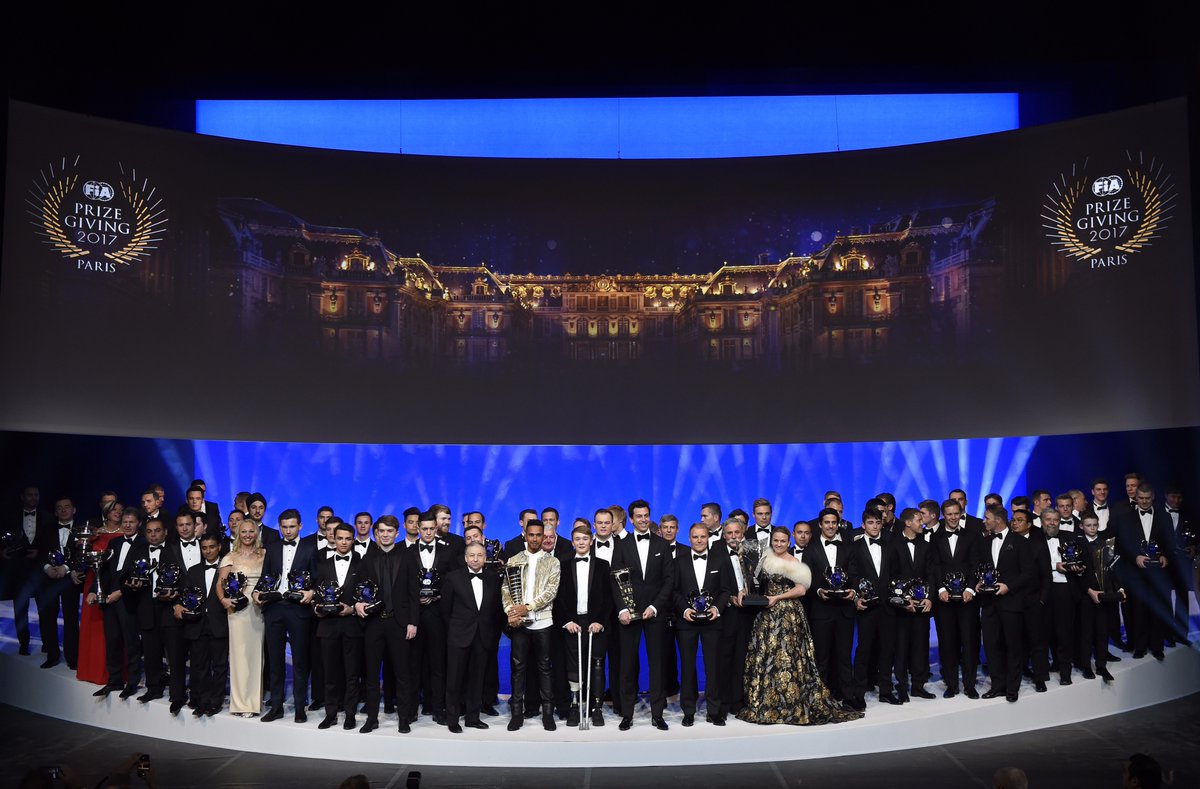 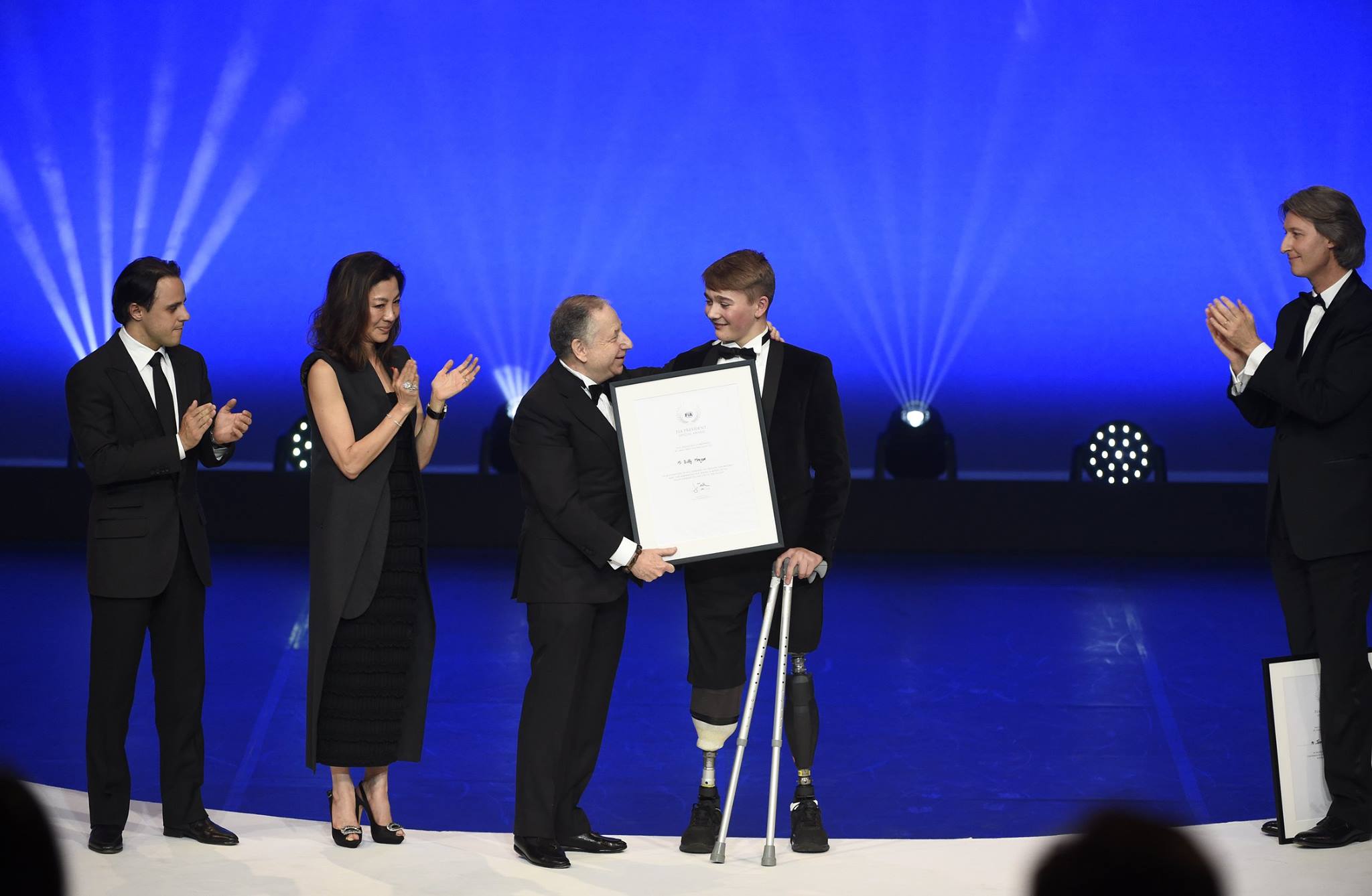